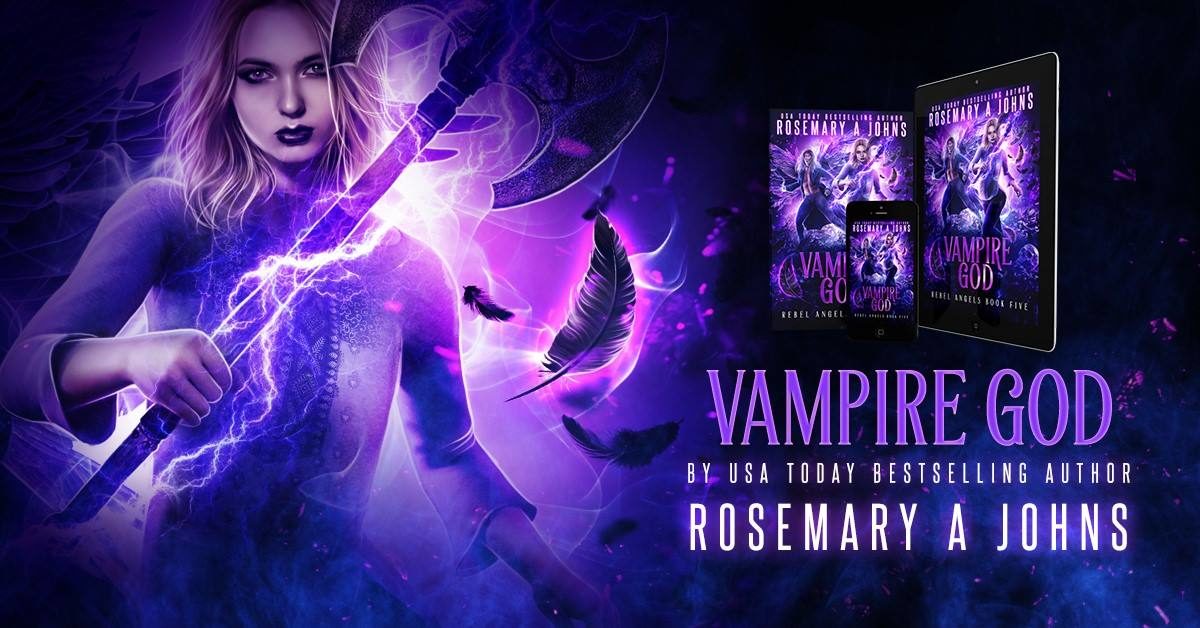 VAMPIRE GOD is a new full-length novel in the addictive USA Today bestselling urban fantasy/paranormal romance series REBEL ANGELS by award-winning author Rosemary A Johns. It contains epic battles, steamy love scenes, magic, vampires, angels, shifters, and a badass heroine. Dive into the action-packed magical ride with irresistible vampire and angel lovers and a supernatural world like you’ve never seen it before…
Pre-order VAMPIRE GOD now: http://viewbook.at/VampireGod
Want to know where it all started? Discover the REBEL ANGELS world here: http://Viewbook.at/VampireHuntress
BLURB
In the realm of the gods, the final game for the Crown has begun.
Violet is running out of time. In a court of godly Seraphim, the only way to survive the trickery and secrets of The Burning Temple is to seduce the despotic Emperor’s sultry shifter son. Yet is he as much a prisoner as her in his Gilded Cage?
Violet must undertake the Test by Monster to become a bodyguard to the Emperor: a Fae Knight of the Seraphim. If she fails, her vampire and angel lovers will be tossed into the Abyss. At last, Violet meets her creator, and the dangerous truth is revealed…
When the Emperor threatens to wipe out every world and start a new Eden, time is up. In the final battle, Violet could lose everything.
Pre-order VAMPIRE GOD now: http://viewbook.at/VampireGod