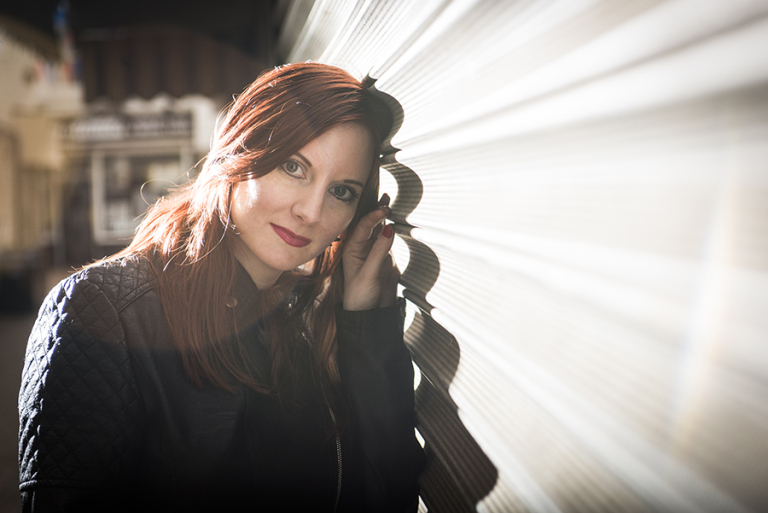 Everyone loves a rebel, most especially Rosemary A. Johns. A self-proclaimed rebel, Rosemary’s best-selling and multi-award winning fantasy novels are chock full of rabble-rousers, villains, and anti-heroes who fight in epic battles.

Rosemary lives in Oxford, where she enjoys listening to music, reading and cultivating her inner rebel.

Now that I’ve introduced you to Rosemary let’s get to know her a little better.

Hello, Rosemary, and welcome to Angel Kiss Publications. Thank you for agreeing to do this interview.

First, thanks for having me on Ellwyn!

I’ve always loved reading, and Oxford (where I live) has a rich history of fantasy writing. My parents allowed me to read their fantasy and science fiction books as well as explore our local libraries from a young age.

Yet I call it being compelled to write: I have a world inside my head that plays out – I see my stories like films and it’s a compulsion to write them down. I was a playwright before, as well as an actor and director, so writing has always been a part of me.

Yes—as well as being my passion!

When I was eight years old, I wrote my first novel. My first short story was published when I was fourteen. I then wrote plays and owned a theatre company before turning to novels.

Have you won any awards?

Yes, and I’m always honoured, whether they’re from the industry or voted for by readers. In theatre, you have immediate feedback (I loved acting in comedies for the buzz of making people laugh!), but when you write you only have awards or reviews to get that response, which is why they’re precious.

An award-winning trilogy called REBEL VAMPIRES, which is a twist on vampire mythology with a sexy British vampire anti-hero at its heart.

Also, a USA Today Bestselling five book series called REBEL ANGELS, which is about an epic war between angels and vampires, with an unexpected heroine at its heart. It’s a sort of Buffy meets Lucifer, where vampires and angels are locked in a deadly war. Half vampire/half angel but raised by humans, Violet is caught between both sides… who want her back.

Which genres do you write?

What do you find most challenging writing for these genres?

Writing is about truth and emotion: it doesn’t matter if you’re talking about angels or the breakup of a marriage in 1950s America.

The trick is to find the universals and how it connects to the reader by putting all of yourself into the book—even the dark places—and shining a light on emotions, so that the reader sees themselves.

So, when I write fantasy, it’s magical and thrilling… but it’s also about trust, abandonment, fathers and daughters, love and what home means.

It’s not challenging, but it’s my one fundamental rule: where’s the truth. This probably comes from being an actress!

The fourth book in the REBEL ANGELS series is about to release on the 8th January: VAMPIRE MAGE. When three wishes offer Violet’s deepest desires, she should know better than to trust them. But can her shifter, vampire, and angel lovers save her from the dangerous magic unfurling inside her, or is LOVE the most dangerous magic of all…?

Light, in REBEL VAMPIRES, is a savant vampire who remembers everything as he lives over the centuries, and this is both a blessing and a curse.

The idea was inspired by my son who’s an autistic savant. Another character within the book is an autistic vampire, and one thing I always do within my books is reflect society across all spectrums—and as the heroes. Yet apart from his savant ability, Light’s voice sprang complete into my head.

Maybe because of my theatre background, voices usually come to me first, then I work on the character: how will they move? What clothes would they wear? What music would they listen to?

In REBEL ANGELS, Rebel, my punk Irish angel, sprang alive as soon as I knew these background details.

My Rebels! I have a fan group and street team called the Rebels, and they’ve been an incredible support, especially at more difficult times that all writers face, such as being trolled.

I receive messages and fan art around both series and hearing how much a book means to someone or has helped them is massively rewarding.

Light in particular has made a difference to people who have felt alone, a misfit, or the outsider (which is all of us at one time or another!), but he’s become the hero despite it and so he’s helped them through dark times. Books and characters have done that for me. I love Light and Violet, and my hope is that readers will as well!

Only write what you’re truly passionate about. Publishing is a difficult business, but if you start from the point of truly caring about what you write, then it’ll see you through.

You can sign up to my *VIP* newsletter here with news of my releases, promotions, and the free novella ALL THE TIN SOLDIERS: https://mailchi.mp/rosemaryajohns/subscribe-rebel-newsletter

This is where you can follow me or drop me a line!

I’m a subversive artist—this means I challenge society’s lies: disabled people can’t be successful, money makes you happy, or men must be more dominant than women.

At the heart of my Rebel books are the themes of freedom, choice, and diversity. But it’s not a message, rather it’s themes: a reader can make up their own minds.

What are your favorite books/authors?

I have SO many… I read every day!

My favourite book is The Vampire Lestat by Anne Rice. I was a teenager when I read it for the first time.

It had a major impact because I realized you could write a beautiful monster who knew he was a monster. But have the reader still love him and be unable to put the book down. It inspired my love for the antihero. When I’m compared to Anne Rice, therefore, it’s extra special!

What are your favorite movies, TV shows?

Movies are a big inspiration for me: acting, writing, and directing… they’re all crafts. I love studying what works (or doesn’t!) and why.

I’m also into bingeing on boxed sets. There are incredible TV shows in fantasy, paranormal, and sci-fi: Buffy was my original love!

Thor: Ragnarok and the Guardians of the Galaxy films probably come the closest to my sense of humour..!

I’m a British author. I went to Christ Church, which is the college where they filmed Harry Potter, and I still do events and readings sometimes in Oxford. I also do events online, so you can find me wherever you are in the world!

You can find them on Amazon: on Kindle, paperback, and audio book. You can also download them for FREE if you have Kindle Unlimited!

Here are the links:

BOOKS IN THE REBEL VERSE by ROSEMARY A JOHNS:

Thanks, this has been awesome!

You’re welcome. Thank you, Rosemary, for taking the time to share your story with us. We wish you continued success and lots of luck!