By way of introduction, here is Tony Olaniji’s bio:

When a fun-filled childhood of oral storytelling, acting and music intermixed, and later morphed into an adulthood of organic artistic giftedness, the result is a unique blend of imaginative wonder!

He’s also an award-winning screenwriter, piano player, children piano trainer and filmmaker. Over the years, he’s helped budding writers gain an enhanced understanding of the science and structure of storytelling.

He’s been a part of various children-themed initiatives like The Green Festival, a signature feature of the Lagos Book and Art Festival (LABAF) in Nigeria. He has also lectured at film festivals and workshops.

His new children’s storybook is titled Kíyèsi: A Collection of African Stories for Children. He’s totally committed to the mission of producing edifying literature to displace the toxic ones that are prevalent.

He holds a bachelor’s degree in English from Lagos State University and lives in Lagos with his wife, Biodun, and two daughters, Ebun and Itunu.

Hello, Tony, welcome to Angel Kiss Publications. Thank you for agreeing to do this interview.

When did the writing bug ensnare you?

Sometime around 2002 in Lagos, the urge to write began to blossom in me when I saw the advert of an impending film festival that had a screenwriting competition.

I submitted a screenplay to the competition. It was the first time I would engage in any form of creative writing.

The organizer of the competition claimed he had many friends in Hollywood. He even showed us a video of these friends confirming the authenticity of his film festival.

Unfortunately, he was a swindler. The festival was supposed to be held in Lagos. But without prior notice, he changed the venue to Abuja—this was after he had raked in a huge sum of money from the entry fees we paid and after we had submitted an avalanche of screenplays to him.

He knew it would be difficult for most of us in Lagos to travel to Abuja within the short notice of change in venue. Eventually, the competition was called off and he disappeared with our money and intellectual property.

After I got over the disappointment of being swindled, I re-read the screenplay I submitted to the sham screenwriting competition.

The story, its world, characters and their interactions intrigued me. From then on, I believed I could create stories, and I’ve never looked back since then.

No. I’m a keyboardist, I teach screenwriting and I also teach children to play the piano.

It’s been nineteen years now, even though, I wasn’t totally committed to it because of my full involvement in music—I was on the payroll of a church as a keyboardist.

Have you won any literary awards?

How many published books have you written?

One. Kíyèsi: A Collection of African Stories for Children.

Having to write for a dual audience (mother and child) is a challenge I have yet to completely overcome.

Also, while concept, conflict, characters and theme come to me naturally, tone is the major issue I face when writing for children.

I always write many drafts before I could discover an authentic and accessible voice.

There’s a joy that swells up in you when your name changes from a writer to an author.

For me, it’s like I’ve finally given birth to a baby after carrying it as a pregnancy for some years. This is an experience I’ll cherish for the rest of my life.

Be true to yourself and your passion!

Don’t write to please people; learn all the writing conventions but let them serve your story—they shouldn’t dictate how you write.

There’s a uniqueness about you that can’t be found anywhere else; that’s what you need to develop and give to the world.

I have some bilingual books (Yoruba and English) that I’m working on. But, I’ll release them after the five picture books I talked about earlier.

I love Zero by Kathryn Otoshi, Sulwe by Lupita Nyong’O, Stuck by Oliver Jeffers, Stellaluna by Janell Cannon, You Are Special by Max Lucado and some others.

When I’m not writing, you can always find me among Christians, playing the keyboard, learning and teaching the Bible.

I would play the role of Mr. Bayo, in one of the stories, The Delicious Trip. He’s the guide who teaches the kids how to pay attention to instructions.

I’ll get him a magical antibiotic.

What are your most effective marketing strategies?

I’ve not done any marvelous work as regards the marketing of my book. As you know, this is the most difficult part of the book industry. I’m just starting out on Amazon Ad. I’ll wait and see how it goes.

Thank you, Tony, for spending time with us and sharing your story. We wish you continued success and lots of luck!

Let’s embark on a voyage into an enchanting world of adventures!
This inspirational storybook is a collection of seven thrilling African tales for children between the ages of 4 – 11:

The era of wonderful storybooks isn’t over! Kíyèsi: A Collection of African Stories for Children is proof!

Get ready for some messy baking fun!

The Next Best Cupcake is about a boy named Dylan who is diagnosed with a tree nut allergy. Dylan loves cupcakes more than anything!

But one day, Dylan eats a cupcake with pecans, and has an allergic reaction. He is told by his doctor that he now has a tree nut allergy and he can no longer eat his favorite bakery cupcakes. What will Dylan do?

He decides to face this challenge with determination and resilience and takes on the challenge of baking his own allergy-safe cupcakes at home that get his classmates cheering.

Special features of this book include a discussion guide with conversation starters to spark meaningful discussions and an original, top 8 allergen-safe cupcake recipe that kids can bake at home.

Trevor and Me defies the boundaries of age, gender and race. It is a heartwarming story about reincarnation based on the real-life friendship between an elderly Caucasian man and a young Asian girl.

As Trevor’s health starts to decline and he prepares to die, he promises to always be with the girl even after he’s gone. Trevor dies and the girl is filled with grief until one day she begins to receive signs to let her know Trevor is and always will be with her.【For 5~9 years old】

Yuno Imai is a Los Angeles based children’s book author and food & travel writer. She specializes in writing heartwarming stories that help readers cope with death and develop a healthy understanding of difficult subjects.

She is originally from Hamamatsu, Japan and came to the United States alone at 17, speaking very little English, and spent a year as a high school foreign exchange student in a small town in Kansas.

Yuno is passionate about inspiring people through her stories and also bridging Japan and other countries, especially America, where she calls her second home.

You can find her at: 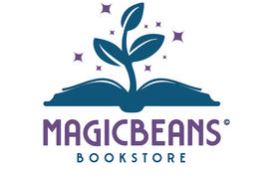